Black in Power is a podcast series that aims to demystify the roots into leadership roles, with a specific focus on arts and culture.

Join your host, Koko Brown, as she talks to Artistic Directors, Executive Producers, Founders and Leaders about their journey, what they wish they had known and what being a ‘leader’ means to them. 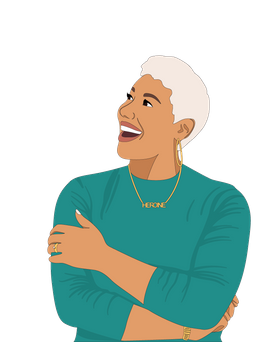 Below you can find links to each episode as they're released,

the transcriptions of each episode and some information about

the amazing guests we have this series. 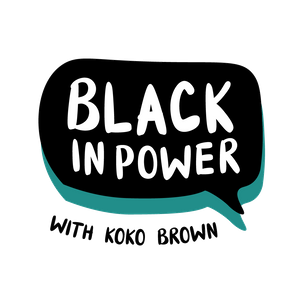 Nicholai is a theatre and film director, an Artistic Associate at Lyric Hammersmith and Resident Director for Tina -The Tina Turner Musical. He has been a MOBO Fellow and also creates music with the band, Mangoseed. Twitter: @nicolabarrie

To view the transcription for this episode click HERE

Mimi is the Chair of the Judges for the Alfred Fagon Award, the Producer for Clean Break, and a Trustee for Theatre Uncut. Companies she’s worked with include; Talawa, Fuel, National Theatre, Paines Plough, China Plate Theatre and Creative Access. Twitter: @Mimlish

To view the transcription for this episode click HERE

Delia is a dance specialist and has worked with  Drake Music, StopGap Dance and Boy Blue Entertainment. She has also been the Director of the English National Ballet School and the Senior Officer in Dance for Arts Council England.Delia is currently on the Board of Phoenix Dance Theatre and the Chair of the Board for Studio Wayne McGregor. At the time of recording, Delia was also the Programmes Director at the Roundhouse.

Ameena is a creative producer, festival curator and facilitator. As the youngest ever female producer on the West End and one of the 2020 Stage One, Bridge the Gap Producers, her work focuses on putting underrepresented voices centre stage and she is particularly passionate about increasing inclusivity and representation in theatre. AmeenaHamidProductions.com

Matthew is a self-taught theatre director, DJ, composer, broadcaster and journalist. He’s worked with the Young Vic, the Royal Exchange Theatre and DJ’d at Glastonbury festival He’s a founding member of Act for Change, a trustee of Artistic Directors of the Future and a trustee of Cardboard Citizens. Currently, he is the Artistic Director for the Actor’s Touring Company. matthewxia.com

Stella is the Executive Director at LIFT (London International Festival of Theatre) and Chair at Eclipse Theatre as well as a writer, musician and maker. Previously she has worked with Clean Break, Harlem Stage, Theatre Royal Margate and was Executive Producer at Ovalhouse (now Brixton House). Stella is the co-creator of Black Womxn in Theatre and the #WeAreVisible movement.

Kamari is a London based Actor, Producer and Spoken Word artist with interests in mental health, Immersive Entertainment & Applied Community Arts. His work encourages audiences to be less passive and more engaged, awakening the audience’s own social responsibility through art that pollinates conversation. Kamari founded his social enterprise, Humblebee Creative, in May 2019. Instagram: @CreativeHumbleBee

Tobi is a multi-award-winning multidisciplinary producer and writer from South London. Working across film and live public events, Tobi has worked with organisations such as AFROPUNK, No Signal, Tate Modern and has written for publications such as Black Ballad, gal-dem, and The Independent. Tobi is currently writing her debut non-fiction book, THEATRE SH*T: A Celebration of Contemporary Black British Theatre. www.tobikyere.com

Produced by the Lost Kids Collective

with support from Arts Council England